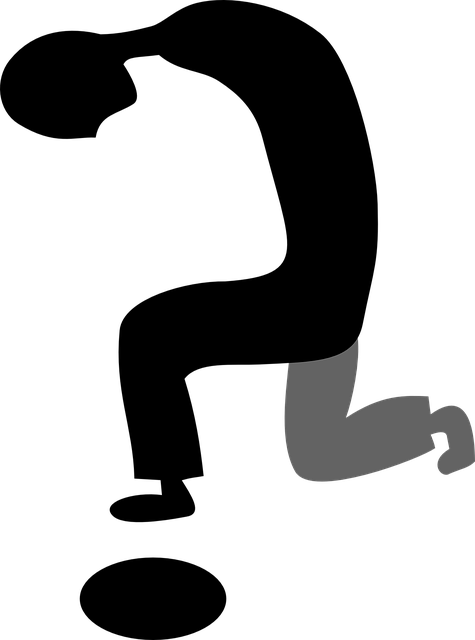 If you are a college student that has been running late on one occasion or another, you have experienced the run-walk — you know, not quite a walk, but not quite a run, either.

The run-walk is the most awkward mode of transportation. It’s important to note that there are a few different types of run-walks.

The worst type of run-walk is when you’re trying to make it to the crosswalk after the timer has already started. This occurs when you’re about 200 feet from the crosswalk. You know that if you run, you can easily make it, but you’re also far enough away that it would also be completely reasonable to wait.

You don’t want to wait though, because that will mean at least two full minutes of waiting before the light changes again. So you decide to run-walk. From start to finish, you never feel quite right about this run-walk because by the time you are already about a quarter of the way through the crosswalk, the timer runs out and the light is green.

But everyone knows you already committed to run-walk. So now not only are you run-walking, but you are apologetically looking to the cars for approval. You find no one.

Another brutal type of run-walk is when you already know that you’re late for class. This run-walk can be broken down into two forms.

The first is the switch-off run-walk. This is when you simply cannot decide if you want to run or walk. So you start to run, and then change your mind, and walk. Then you remember that you can’t walk, or you’ll be late for class. So you start running again, only to stop because you physically can’t; you are a chill, laid-back college student, which is probably the reason you are late in the first place. And everyone knows that being a chill, laid back college student is inversely related to physical fitness. So now you’re walking again, until your anxiety takes over. And you start to run again.

And now you’re so sweaty from the combination of anxiety and lack of physical fitness that you look up the sky and vow that you’re going to make it to the gym. But you won’t, because you clearly have no time management, hence the lateness, and the vicious cycle continues.

The second type is the consistent run-walk. This run-walk occurs when you know you’re late, but you’re either wearing an outfit that won’t allow for an all-out run, or are carrying a backpack the size of a boulder, or the common combination of the two.

You are in social hell the entire time, because you keep seeing people that you know and want to say hey to you on the way to class, and you’re not exactly running so you still look available to chat.

So you have to just smile and keep your headphones locked in your ears as you awkwardly pass the person who is trying to make conversation with you. But you’re not quite fast enough to do that, so you’re just a few steps in front of them, internally freaking out while trying to remain chill. Things are most interesting when coffee is added to the mix.

Run-walking should really be avoided at all costs. It isn’t fun for anyone: run-walkers, spectators, cars, friends who are just trying to chat. Set your alarms early, wake up earlier, smoke less weed — do whatever it takes to make sure that you have the time to commit to walking. Honestly, no one wants to see that. 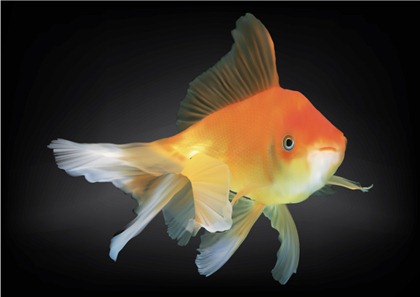 Think you can make it to the bottom line of this article? Microsoft is skeptical… and so am I.

My guess is you have made it to here. But if you are literate, it’s probably been less than eight seconds.

According to an article written by Lizette Borrelli of Medical Daily, a study by Microsoft found that “people now generally lose concentration after eight seconds,” which is less than a goldfish’s attention span of nine seconds according to the New York Times.

What’s worse is that researchers also noticed a distinct generational gap. Borelli reports, “77 percent of people aged 18 to 24 responded ‘yes’ when asked ‘When nothing is occupying my attention, the first thing I do is reach for my phone,’ compared with only 10 percent of those over age 65.”

I am going to teach you a very important equation that I learned from my mother at a young age: money equals power. How to obtain money? Knowledge. How to obtain knowledge? Attention.

According to the New York Times, Satya Nadella, CEO of Microsoft, agrees with this sentiment. “‘The true scarce commodity’ of the future,” Nadella said, “will be ‘human attention.’”

And if power is not what you seek, don’t worry, this article isn’t exclusive! Without focus, you probably won’t be able to find love and connection either. Why learn the ins and outs of another human when you can just swipe right?

It’s applicable to anything, really. Any skill set you wish to acquire is a lost cause without invested time. Haven’t you read “Outliers” by Malcolm Gladwell?

No. Of course you haven’t, you damn millennial.

It seems no one can resist the forbidden Apple. From Eve to the 21st century, we just can’t learn.

But anyway, since you have made it this far, I offer this token of knowledge: If you ever want to keep the attention of an empowered female like myself, you’d better last longer than eight seconds. 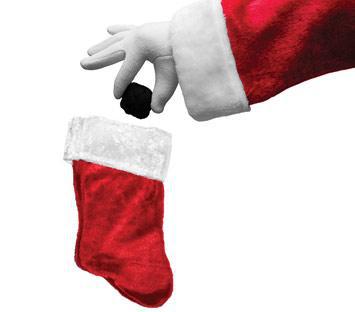 By Lily Spechler, The Cynic

It’s that time of year again: Christmas cheer
is in the air. However, it seems we’ve got some bad, bad hombres in this country and as a result we all might be getting coal in our stockings. Thankfully, though, this coal is … clean?

There are two myths I would like to debunk: since we’re living in the information age and all. First off, Santa is not real. Sorry, that was harsh, but its about time the truth comes out. Second, there is no such thing as clean coal.

According to National Geographic Magazine, coal was the largest contributor to the record amount of carbon dioxide spewed into the atmosphere in 2012. Carbon dioxide, of course, is said to contribute to global climate change.

Clean coal is marginally less filthy coal. “Clean coal” is a band-aid, the crappy kind that doesn’t even really stick on in the shower. It is a very, very short term cover-up to a much larger problem that will only continue to grow if we do not address it.

I asked U.S. Senator Bernie Sanders vie e-mail what he thought about the idea of clean coal. Daniel McClean, a spokesman for Senator Sanders responded with this statement via e-mail:

“At a time when we should be aggressively transitioning away from fossil fuels toward sustainable energy, it does not make sense to waste millions of dollars on unproven technologies to try to keep coal alive.”

Are you starting to feel the Bern?

There are a few “clean coal” emerging technologies, such as “coal washing”, which removes some of the unwanted materials such as sulfur dioxide and nitrogen oxides before the coal is burned and carbon and other pollutants get released into the air as flue gas; Carbon is still being emitted during this process.

However, according to Kathleen Hartnett-White, this really shouldn’t be an issue. Harnett-White is the director of the Armstrong Center for Energy and the Environment at the Texas Public Policy foundation, and the potential future leader of the Environmental Protection Agency according to our President-elect. To say the least, she has a very creative spin on the whole “climate change” thing.

“Carbon dioxide has no adverse impact in the air we breath at all,” Hartnett-White said. “It’s a harmless trace gas that is actually an essential nutrient for plants.”

Interesting, considering that the EPA currently states on its website that excess carbon dioxide, which is released from the burning of fossil fuels, makes up for 81% of greenhouse gases that are contributing to climate change.

Perhaps Harnett-White hasn’t done her research yet. Perhaps she should start by visiting the EPA’s website, where the current government consensus opinion on the impact of carbon emissions on the environment is stated and backed by scientific evidence. But that’s okay, she has plenty of time to brush up on the topic before she assumes her position.

Carbon capture and sequestration is another technology that claims “clean coal”. Proponents of CCS posit that carbon could be separated and captured during the burning process and stored in the earth instead of being released into the atmosphere.

To be fair, there is potential here, scientists have just begun to scratch the surface with this technology. However, according to Slate magazine, commercial CCS systems cost tens of billions of dollars, and won’t be practical for decades.

Furthermore, there is not enough research available currently to determine what the effects of pumping multitudes of carbon into the earth will be, but seismologists are skeptical, according to ThinkProgress, a progressive site.

Carbon is not even the only issue with coal. According to an article in Time Magazine, while the industry has “improved filters on coal plants” it still lives behind a growing toxic waste problem with pollutants like mercury and Sulfur dioxide.

But not to worry! At least Steve Bannon, President-elect Donald Trump’s pick for chief strategist, will serve as the voice of reason. Oh, wait…

Or perhaps we can turn to Reince Priebus, incoming White House chief of staff. Priebus, help us please!

Anyway, for all you “greentards” drafting your Christmas holiday wish lists this year, please consider including “sanity” or perhaps “justice” somewhere very near the top. Happy holidays to all, and sorry about the whole Santa thing.